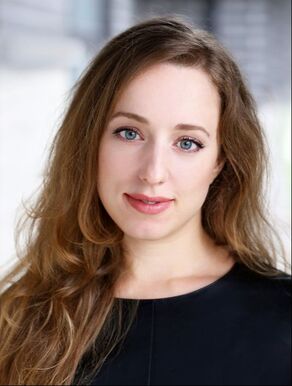 I'm an Associate Professor of Philosophy at Western Michigan University. I received my PhD in philosophy from Princeton in 2014, under the supervision of Delia Graff Fara and Gideon Rosen. My research falls within three main areas: the philosophy of mind, social and political philosophy, and the philosophy of language.

I'm currently working on a book of philosophical essays on grief.

This fall, I'll be giving some talks connected to two projects on the "art of grief." The first project examines the role of lament (and traditions of lament) at the foundations of a variety of art forms, including modern dance. This work aims to challenge the sharp division between grief as emotion ('grief') and grief as performance ('mourning'). The second project addresses a variety of philosophical questions surrounding first-person authority in first-hand "observations" of grief (a relatively recent literary genre). E.g., what, if anything, distinguishes the art of memoir from the observation of grief and how can these observations offer guidance if, for example, their authors make no claim to describe representative experiences?

Surviving the Dead (under review)

Autobiographical accounts of grief commonly identify it with the desire for the return of the dead. This view is represented in contemporary philosophical discussions as well, tracing back to Donald Gustafson's (1989) pioneering study, which claims that grief consists, at its core, in the belief that a significant other is dead and the desire that they be alive. Philosophers responding to Gustafson have, however, been reluctant to embrace this impossible desire so fully. It has, for example, been argued that this desire is confused with other, rational states of mind. Among those who grant its presence, it has been argued to be peripheral rather than fundamental. Even those who assume that it is fundamental have offered strategies for diminishing its power so as to bring the turmoil of this empty longing to an end. Yet those who experience this desire, far from regarding it as empty, have described themselves as cherishing it and as feeling shame at the prospect of abandoning it. This desire is cherished, I argue, because it points our attention to a claim of love that must be acknowledged even in death. The urgency sensed in this desire is really a sense of one's obligation to survive the dead.
On Grief's Wandering Thought: A Philosophical Exploration (Pacific Philosophical Quarterly, 2021)

​This paper challenges an orthodoxy in recent philosophical discussions of grief, namely, that grief is essentially tied to the thought that a person of significance to oneself has died. As first-person reports make clear, one can find oneself cut off from the significant other not simply in body but also in thought. This is not, moreover, an isolated difficulty, but one that may have repercussions for one's capacity to form an outlook on the social world, the natural world, and the world viewed from one's own scheme of ends. Taking C. S. Lewis's diary of grief as a guide, I argue that our capacity to think of our significant others depends, surprisingly enough, on our capacity to acknowledge their independence from us even in death.
On Grief's Sweet Sorrow (European Journal of Philosophy, 2021)

This paper draws attention to a neglected aspect of grief: its "sweet" sorrow. This sorrow presents us with a formidable challenge, namely, to explain how what is bitter--the misery of loss--can be found to be sweet. Those drawn into this sorrow suspect that it is somehow too sweet. Are their suspicions well founded? Why is it and it alone sweet to those who delight in it and why is it not just sweet but companion-like and even dear? Guided by the observations of St. Augustine and C. S. Lewis, I propose that this sorrow is a form of self-pity that displaces the significant other from the center of one's concern and affords an enhanced intimacy with oneself. The proposal vindicates the impression that one finds in this sorrow a companion that can take the place of the significant other and also positions us to address one of the most fundamental questions that might be raised in connection with grief, namely whether the one who has died is a proper object of concern or whether our grief is ultimately for ourselves, for a loss that is ours and ours alone.
Race and the Politics of Loss: Revisiting the Legacy of Emmett Till (Ergo, 2021)

This paper explores the idea that mourning can help us to bear not only personal but also political losses. It focuses, in particular, on the proposal that legacies of racial loss and violence should be collectively mourned. I argue that Mamie Till Mobley was developing such a proposal in 1955, the year her son Emmett Till was lynched and in which she brought his body before all Americans, calling on them to look at it so that they might, together, say what they had seen. Mobley's proposal challenges what I take to be the leading rival position on the relationship of grief to political life, namely, that it is, at best, a catalyst for the achievement of political ends. But as I argue, Mobley's proposal also raises challenges for present-day efforts to articulate a politics of loss, which are quick to assume either that such losses cannot be mourned collectively or that they have always been ours to mourn together. I will argue that these efforts have failed to take into account the insight behind Mobley's invitation. My aim, in clarifying its significance, is to expand philosophical inquiry into the relationship between the emotions and political life and, more specifically, to contribute to an evaluation of the prospects for a mournful politics.
Love and Death in Democracy (Contemporary Political Theory, 2020)

This essay is my contribution to a critical exchange of ideas with David McIvor, Athena Athanasiou, Juliet Hooker and George Shulman. In it, I trace one influential line of argument in support of the claim that the capacity to mourn is required of democratic subjects. This line of thought is rooted in the assumption that sacrifice lies at the heart of democracy. It conceives of the democratic subject as a nearly powerless sovereign who must continually relinquish the desire to rule alone. I argue that this conception of the democratic subject and, correspondingly, of the nature of democratic sacrifice (i) obscures the basic fairness of the democratic arrangement; (ii) raises the worry that a discipline for loss would not only be difficult to acquire but intolerable; (iii) offers a dubious foundation for the claim that legacies of racial loss are collective losses (and, therefore, losses that we are to mourn collectively); and (iv) through associating democratic sacrifice and self-mastery with an internal struggle in the depths of the human heart, raises the worry that this sacrifice would promote suspicion (concerning one’s intentions, say) rather than trust, which the acknowledgment of sacrifice is supposed to promote on this line of thought.
Black Lives Matter or All Lives Matter? Color-blindness and Epistemic Injustice (Social Epistemology, 2018)